…because we just can’t be sure!

The chickens have been a bit sporadic in their attention to egg laying as I guess I have already alluded to…and yes it is Winter, so I guess that’s part of the deal. But (!) our featured image poses the question: “Are the girls under performing OR are they subletting to the local pigeons?”

Their tenancy agreement (as signed) clearly states that:

OK, so it seems like they have already reneged on points 2 and 3, so maybe they have invited the locals in for little extra pocket money…

We finally lost our last Barramundi last week. They had been hard to keep, they were picky eaters except when it came to eating each other and then there seemed to be few rules that applied.

So we have restocked with a new batch (around 50) Jade Perch fingerlings and they seem to have settled in quite well. What we did notice, however, is that the temperature probe we had been using was faulty and the water was a lot colder than we had thought. Our remedy was to go and buy some suitable aquarium heaters and some air stones, which have been installed (albeit with the requisite tangle of cords and piping). The system now has timers attached to stop the flow of water between beds and tanks overnight in an attempt to maximise the heat build up in the tanks with the heaters on overnight (our heaters are suited for 200 litres and each is in an 800 litre tank).

As with all things aquaponic it is still a bit of an experiment, but I think we are finding our way and making new discoveries each day. Currently we have a healthy crop of herbs (parsley, coriander and chives), lots of chard, an endless supply of lettuce and lots of little pots of onions and spring onions coming along nicely. What I am looking forward to is nurturing the now sprouted-from-seed spaghetti squash plant and the dozen or so strawberry plants that seem to be putting on LOTS of flower right now!

One thought on “A review of the tenancy agreement” 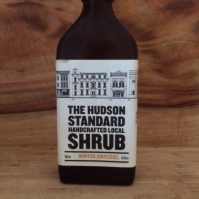 The original inspiration—all the way from the US of A!

Ginger from the garden: scraped and grated

We bought local organic honey and also used our own home-grown and dried turmeric!

The girls getting used to the new feeding mechanism.

Eggs in the shed 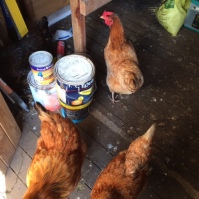 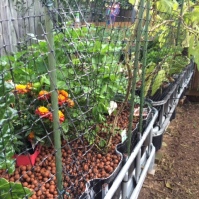 Tiny signs of potential fruit on our finger lime—fingers crossed!

Spring onions and beetroot: the older generation in the soil 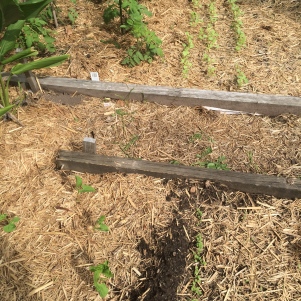 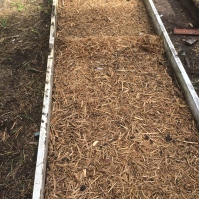 Eggplants in the aquaponics and still fruiting like crazy

The beauty of the turmeric flower

Our citrus trees are starting to bear fruit!

Our first ever crop of turnips

The cherry tomatoes continue to produce day after day

This corn is particularly sweet

The veggie patch before … 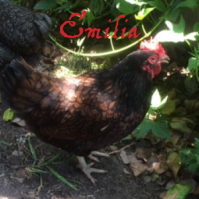 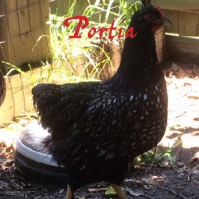 The building of THE GLOBE

Collecting the hardwood and tin from the recycled building supplies place 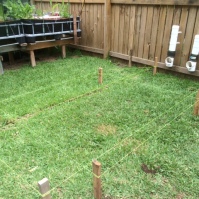 Marking out and string lines 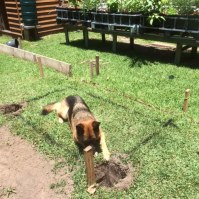 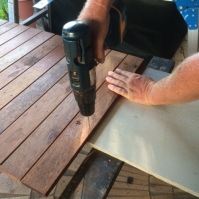 Timber cladding on the doors

Doors on, now working on the internals

Inside showing the mesh floor, nesting boxes and perches 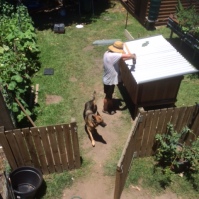 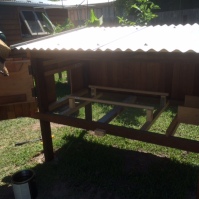 Almost complete: just have to pop in the straw 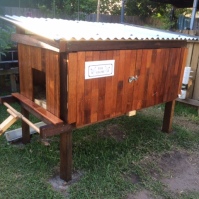 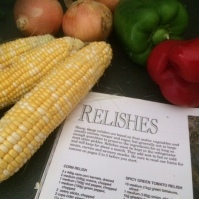 Our lovely corn about to be relished! 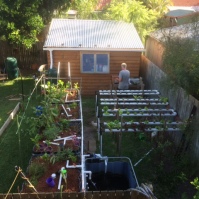 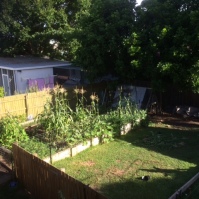 At the end of September

Galangal all dug up, washed and now on drying racks…we will NEVER use this amount, so will have to find homes for it.

Baby zucchinis from the aquaponics system. They were putting out a lot of leaf and not so much in the veg department so they have been pulled from the system

Little pea plants grown from seed ready to be planted out

One of the four or five patches of potatoes: I think this patch is the Dutch Creams 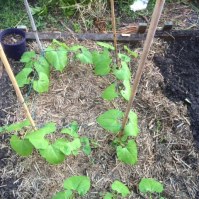 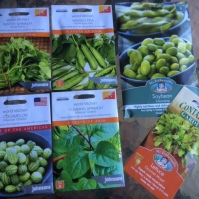 Is there anything more beauteous than a zucchini flower?

Strawberries in flower and fruit! 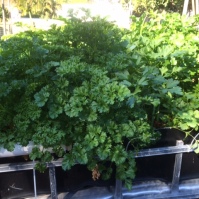 The parsley patch—so much growth!

Butter lettuces have a heart!

Lettuces still up the wahoosie!

The Salmon Brothers are growing really big and are very accommodating of their new tank-mates: the Tiger Team and Smudge :) 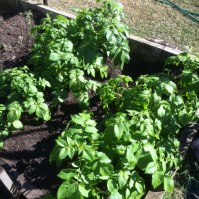 Wonderful growth on the potatoes (one of three patches)

I forgot to mention the broad beans, but then I am a girl and most girls don’t like broad beans :P

The NFT rails with strawberries and baby brocolli 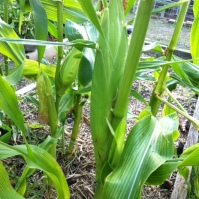 We are eating corn from the soil garden

Lebanese cucumbers have taken off in the grow beds

A menagerie of lettuce, tomatoes, cucumber and basil

Chard loves the grow beds (NFT rails in the background)

The corn is sweet an juicy! 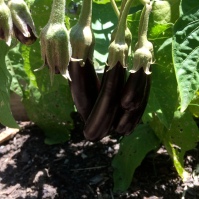 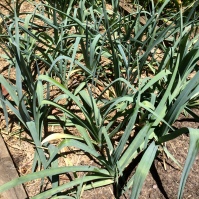 Tomatoes with their fruit set

The girls help clean up the empty potato pot

Mini watermellon was a real treat! 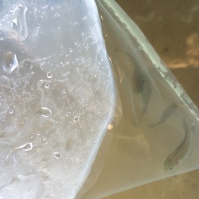 Our first bag of Jade Perch being ‘floated’ 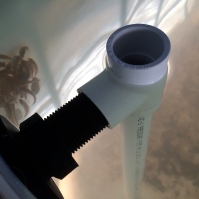 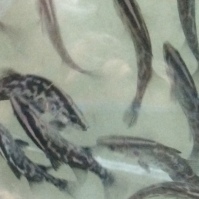 Barramundi the the bag